Clipping can be a very expensive operation and should be used judiciously. See performance.

A clipping attachment is a polygon used to clip the rendering of region and mesh attachments.

Clipping attachments can be deformed automatically when bones are transformed by using weights.

Clipping attachment vertex positions can be keyed in animations.

To create a new clipping attachment, select a bone or slot in the tree, then choose New... Clipping in the tree properties. 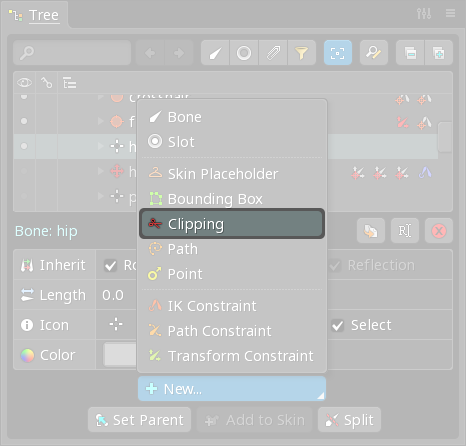 The new clipping attachment appears in the tree and edit mode opens automatically. The new vertices mode inside of edit mode is also automatically selected.

After creating vertices and exiting new vertices mode, the end slot should be set. 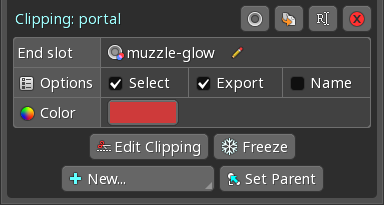 The End slot property sets the slot at which clipping will end. Clipping is applied to all slots in the draw order starting from the clipping attachment's slot and ending at the specified end slot, inclusive.

The end slot can be chosen by clicking the pencil icon. 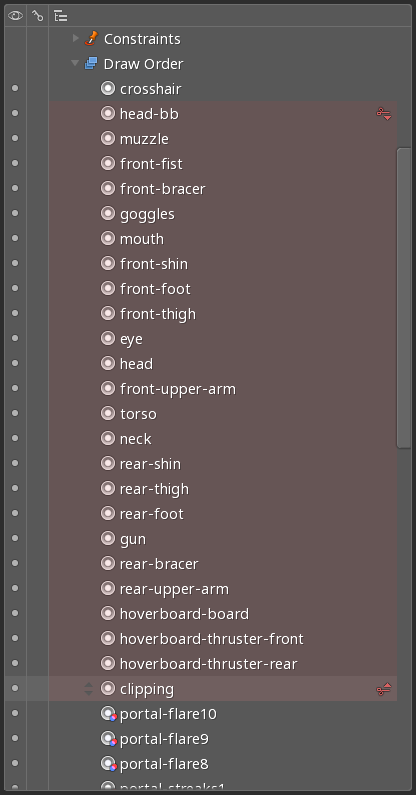 After setting the end slot to gun: 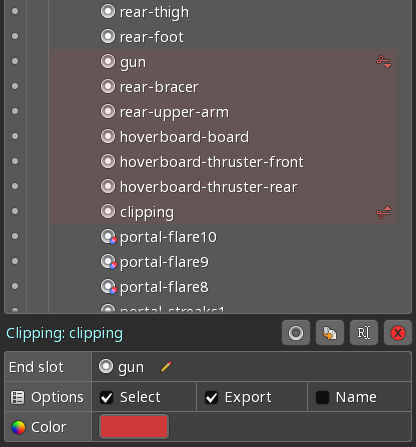 Clicking the Edit Clipping button enters edit mode, which is for modifying the clipping attachment's vertices.

The Freeze button sets rotation to 0 and scale to 1 for the current vertex positions.

This is possible because a clipping attachment does not really have a rotation or scale. It has only a number of vertices, each of which has a position. Spine provides rotation and scale values for convenience, to allow manipulation similar to other attachments. The rotation and scale are adjusted when the Rotate or Scale tools are used on the entire attachment.

A clipping attachment doesn't have translation, either. The translation values shown are the centroid of the vertices. 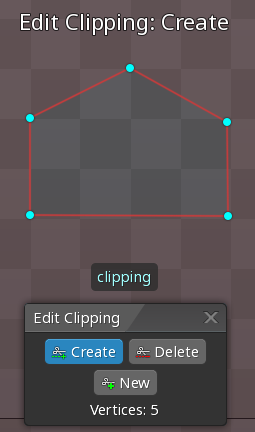 Right click switches between the Create and Delete tools.

The Create tool allows new vertices to be created along the clipping attachment edges by clicking. Drag to translate a vertex. Double click to delete a vertex.

The Delete tool allows vertices to be deleted by clicking. Drag to translate a vertex. Multiple vertices can be selected by holding ctrl (cmd on Mac) or dragging to box select. 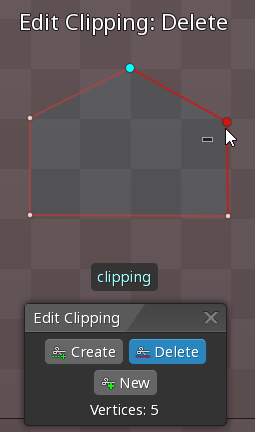 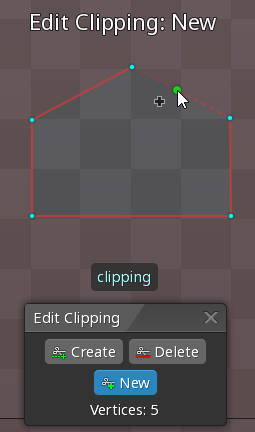 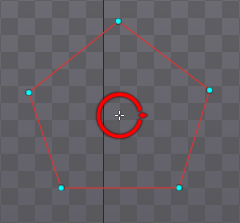 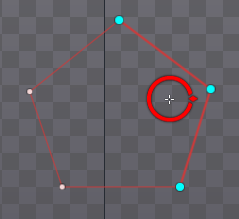 The origin used for rotation or scaling can be changed. Mouse over the small crosshair at the center of the Rotate or Scale tool until a circle appears, then drag the origin to the desired position. The origin will automatically snap to vertices. 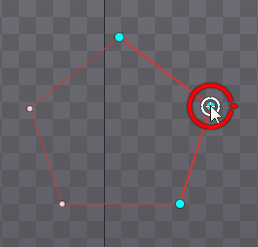 To change which attachments are clipped in an animation, the draw order can be keyed.

Multiple clipping attachments can be visible at the same time, but the slots they clip cannot overlap in the draw order.

Clipping will not work correctly if the clipping attachment polygon self-intersects. Care must be taken to ensure the polygon edges never cross each other.

Clipping in the Spine Runtimes is implemented using the CPU can be a very expensive operation, especially when using mesh attachments with many vertices. Always check the performance of your animations that use clipping on your target platforms.

Use a clipping attachment with just 3 vertices whenever possible, which is the minimum number of vertices allowed.

Clipping attachment performance is only a concern when using the Spine Runtimes, not when exporting images or video.