Hide-n-Stab is a multiplayer stealth game – player characters and NPCs are identical cloaked figures, and your goal is to stab other players in the back. Attacking will reveal you to everyone around as a human, so you have to be careful and wait for the right chance to strike.

The game was developed in Haxe; I used Inkscape to create the character and animated with Spine. In the Flash version, the final result is pixelated and palette-limited to give an old-school look. 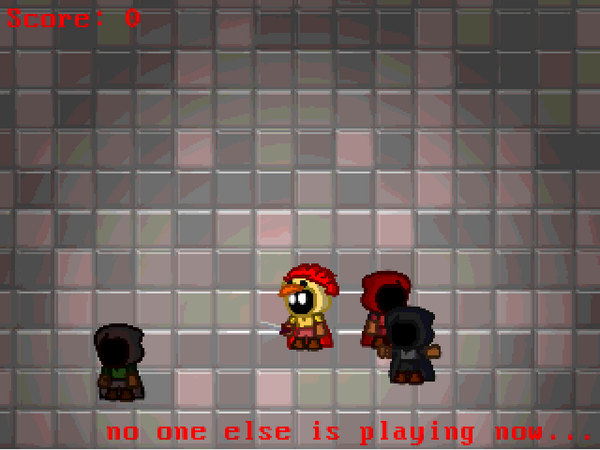 You can play the game in your browser at http://www.hide-n-stab.com. I'm working on a post-competition version which includes unlockable cosmetic upgrades (such as the chicken suit) and will also be playable on Windows/Linux/OS X and iOS/Android.

Haha, great idea! I stabbed a couple before missing and he got me. Good fun! Especially impressive for 48 hours.

got 8 others before I bit the dust. There could be more announcements, eg "Someone has 13 kills!", "You've ended someone's streak if 16!", etc. This would make you feel less alone while playing.

Great game and great idea. I love everything of this game.